Edward Norton hopes to avoid a future wearing stretch pants by finding a cure to his Hulk-ifying.

Pursued by a utterly unconvincing Tim Roth, Norton is helped in his task by his girlfriend - whose father just happens to be the US army officer tasked with tracking the Hulk down - who-da-thunk-it?

Tracked to a university campus the Hulk does battle with a small regiment of army forces. He successfully fights off each wave of attack as progressively heavier artillery is brought in, but to little effect.

Finally a helicopter gunship is called up. The Hulk flings a metal sheet that he’s been using a shield at the chopper, bringing it down. It crashes into the turf and rotor blades sheer off, cartwheeling across the ground.

Very satisfying. As soon as the helicopter appears on screen you know it’s doomed. The explosion is handled well and spinning rotor blades skim across the turf in dramatic fashion.

Excellent. If anything you wonder why the Army only had one gunship on hand.

The sight of the rotor blades sheer off and skim across the turf is a nice touch, adding an element of surprise and tension - will the Hulk going to be split in two? - to the scene.

It’s likely that someone’s done it before, but I can’t remember rotor blades coming off intact and acting as some kind of deadly throwing star before. Until evidence to the contrary emerges The Incredible Hulk shall have the honour of claiming this first.

A text book helicopter explosion. Entirely unnecessary yet plausible within the confines of the film.

We see nothing of the pilots point of view, a classic, “What the….?” comment as the chopper takes it’s hit from the shield would have complemented the scene perfectly.


Review by: Jafo
Posted by Exploding Helicopter at 13:53 1 comment: 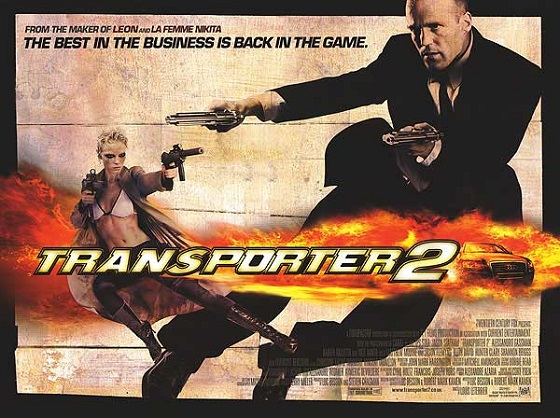 Jason Statham returns as the impeccably dressed and facially imperturbable driver of this unlikely franchise.


Statham is acting as the chauffeur-come-bodyguard for the son of a powerful US politician played by a clearly embarrassed Matthew Modine. When the young boy is kidnapped and injected with a deadly poison, Statham sets out on a predictably pyrotechnic pursuit of the criminals.


In one chase sequence, Statham is pursued by a dozen police cars into a multi-storey car park. Seemingly with nowhere to go, Statham smashes through one of the building's walls before miraculously landing on one of the floors of the neighbouring high rise block.


No sooner does the helicopter appear on screen it's blown up. Blink and you'll miss it, as director Louis Leterrier [Clash of the Titans, The Incredible Hulk] immediately cuts away from the explosion. Most unsatisfying.


It seems like the helicopter explosion is only one to disorientate the viewer. You think the action sequence has come to an end, only for Leterrier to throw in an utterly pointless chopper fireball to jolt us out of our genre expectations.


In some ways the scene is a little reminiscent of the classic scene in Raiders of the Lost Ark where Harrison Ford is confronted with a scimitar wielding villain. You expect an extended fight sequence - only to be confounded when he simply shoots the bandit dead.


Reasonable. The police would conceivably had air support to help with Statham's capture.


A thoroughly bog standard helicopter explosion in both method and execution.


The film is improved for the presence of an exploding helicopter. Fractionally.


In an otherwise imaginative and action packed film, this helicopter explosion is treated with lazy disdain. Exploding helicopter fans have every right to feel aggrieved and to have expected much better.

Review by: Jafo
Posted by Exploding Helicopter at 13:33 1 comment: