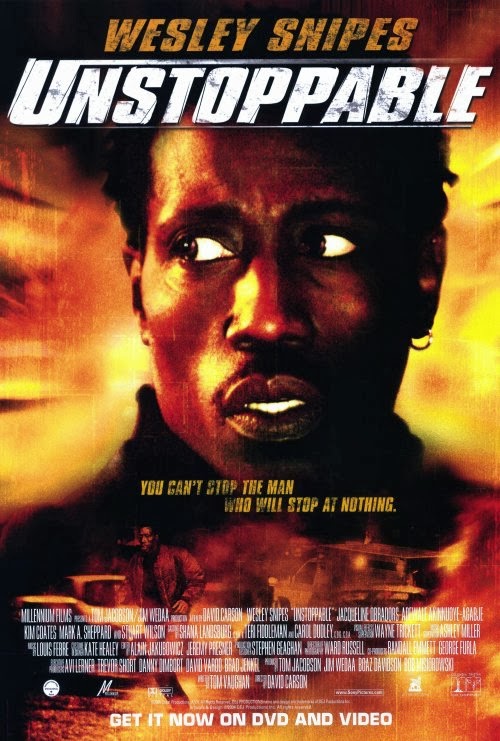 Certainly anyone who's watched him hurtle from acclaimed Spike Lee dramas in the eighties, to B-list nineties action fodder, to noughties DTV ordure, would have wondered whether anything could halt the downwards trajectory of his career.

But then something did: the US tax authorities. After government bean counters discovered the former Blade star was as handy at disposing his tax receipts as he was vampires, the diminutive star found himself facing three years in jail for fraud in 2010.

The jail term was a shame because, no matter what guff he appears in (and he's a past master of badly-chosen projects), our Wes is a charismatic screen presence and a stylish martial artist.

He can execute classy karate kills and deliver a page of dialogue without sounding like he was attempting to read a Korean telephone directory (although, given the lengthy careers of serial dialogue manglers Schwarzenegger, Van Damme and Stallone have enjoyed, it’s a skill Hollywood curiously doesn’t value).

Sadly there is little scope here for wee Wes to flex his acting muscles. Far from being Unstoppable (2004), this film more resembles a rusty old banger - hardly capable of cranking out of second gear and prone to frequent stalling.

Snipes plays an ex-special forces badass who - through a case of mistaken identity - finds himself at the centre of a plot to steal an experimental and lethal hallucinogenic. Before you can say 'very unlikely-sounding plot development', Wes is accidentally injected with the fatal and mind-bending drug. Our favourite vampire-botherer is now left with just six hours to locate the antidote and clear his name before the pursuing villains and CIA can catch him. .

But even more deadly threats - particularly from the audience's point of view - swiftly emerge in the form of a lacklustre script, bland direction, and anonymous co-stars. As the main baddie, Stuart Wilson (who you’ll dimly remember as the villain in The Mask Of Zorro) exudes all the Machiavellian skulduggery of a photocopier salesman.

Meanwhile Adewale Akinnuoye-Agbaje - who memorably oozed raw visceral menace as prison kingpin Adebisi in the TV series Oz - is straight-jacketed in the role of a dull CIA officer. Exploding Helicopter spent most of the film wishing they were playing each other’s roles. Perhaps someone just muddled their scripts.

Such casting aberrations might have been forgiven if Snipes had at least been given an occasional opportunity to pulp the faces of his no-mark co-stars. Disappointingly, bar a brief early scene, Snipes’ superlative martial arts abilities are pitifully under-employed. The story requires him to do little more than run away from different protagonists. It's a pity he didn't run as fast when they showed him the script.

Perhaps, as he sat in his prison cell, Snipes reflected on how such feeble fare as this movie (not to mention some less than comprehensive accounting) has brought his career to a standstill. Released from clink last year, Wesley will shortly be trying to re-boot his acting mojo with a role in the third Expendables movie. Let’s just hope he keeps all his receipts this time.

But Exploding Helicopter digresses. We’re less concerned with actors destroying their own careers than we are with whether they blow-up helicopters during them. And chopper conflagration enthusiasts have one to savour near the end of this film.

After tracking the villain to a private airport, Snipes attempts to steal the antidote he needs but fails. A gun battle breaks out and Wesley looks doomed when he finds himself pinned down by the villains in a heavily armed helicopter.

But wait! Wasn’t there a seemingly redundant expository scene earlier in the film which revealed that our boy was a crack shot? And isn’t that a high-powered sniper rifle Wezzer’s just snatched off a dead goon? Before you can say, “That’s a mightily convenient series of coincidences especially as one well-placed shot to the fuel tank would blow this chopper to smithereens,“ Snipes has, well, you can guess the rest.

What’s dished up is certainly meaty and juicy as the fireball is spectacularly big. And there can be no complaints about it being bloody as everyone onboard is incinerated. However……

…….juicy and bloody this chopper fireball may be, but it’s certainly not rare. The method of destruction, indeed the whole scenario was rather mundane and everyday. More frying steak than filet mignon.

Amidst a sea of unmemorable performances one actor does manage to distinguish themselves: Kim Coates.

Specialising in sleaze balls and petty thugs, Coates has briefly illuminated a lot of very average films (and no small number of complete duds) during a 20 year career.

With striking pale grey eyes he always commands attention onscreen and is blessed with the ability to appear simultaneously menacing and vulnerable. Unfortunately, whilst Coates gamely tries to add some spark to the film, the script acts as a giant fire blanket and smothers his efforts.

A dispiriting ennui pervades this film. It’s as if everyone involved knew this film was never going to amount to anything.

Unable or unwilling to rouse themselves, everybody apart from Coates listlessly goes through the motions. It ends up being the worst of all possible worlds. Neither good nor bad, it is the dictionary definition of average (I know, I‘ve checked).

I wish there was one. Unsurprisingly though there isn’t.

“You can’t stop the man who will stop at nothing.”

If you want to read more check out DTV Connoisseur's review of Unstoppable.
Posted by Exploding Helicopter at 18:38