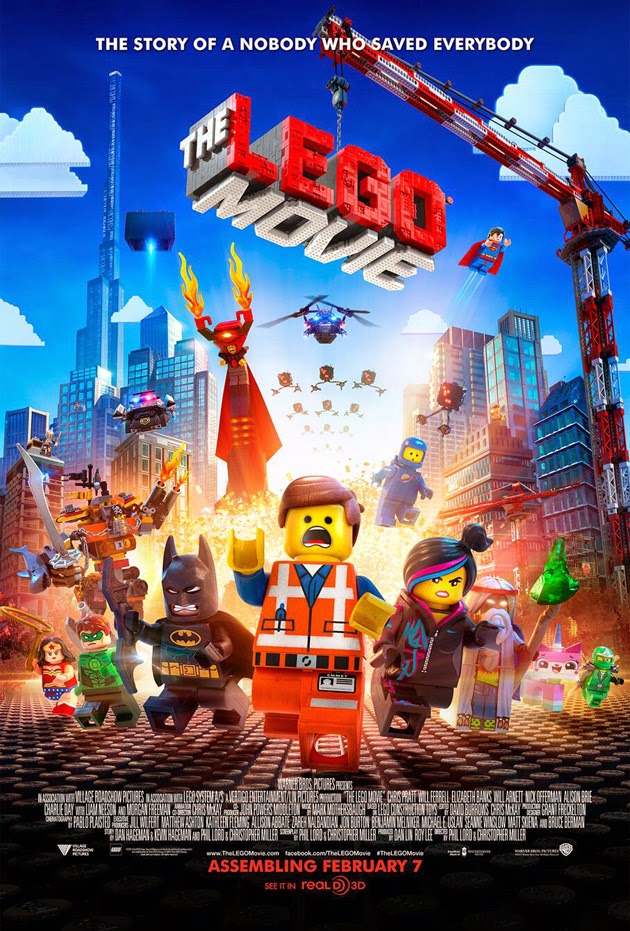 Of all the places you'd expect to find an exploding helicopter, The Lego Movie (2014) is perhaps not the most obvious - a surprise moment in a surprisingly enjoyable film. This is despite, on the face of it, looking like it's a recipe for disaster.

Littered with cameo appearances, parodies of much-loved film characters, and a repeatedly-played annoying sounding song, this looked like it was going to be a gruelling 100 minutes.

Emmet (voiced by Chris Pratt) is just an everyday generic Lego construction worker. He lives in a world where every day is the same and everything operates like clockwork. Everyone follows the instructions of their overly-chirpy leader, President Business, watches the latest episode of a repetitive sitcom and joins in a daily singalong of 'Everything Is Awesome'.

But all is not as it seems. President Business is actually the evil Lord Business (voiced by Will Ferrell), who has grown tired of a rogue band of rebels (led, sort of, by Vituvius, voiced by the Almighty Morgan Freeman) that like to construct Lego in their own more interesting way.

Business plots to end the plastic brick universe as we know it by unleashing an ancient relic - the Kragle - to cement all the Lego blocks in place - permanently. The only thing that can stop this evil OCD plan is The Piece of Resistance (a seemingly plain bit of red plastic) that a prophesied special one will pick up. That someone turns out to be Emmet.

With the help of Vitruvius, Wyldstyle (voiced by Elizabeth Banks), Batman (voiced  by Will Arnett) and other Lego characters from the last few decades, Emmet must escape capture by Business's two-faced cop (voiced by Liam Neeson) and save the universe. 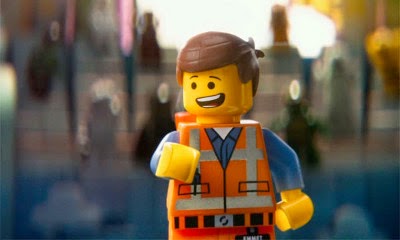 The plot is so utterly bonkers it's like a child wrote it, but it actually holds together extremely well. The screenplay and direction come courtesy of Phil Lord and Christopher Miller, the minds behind the similarly mad Cloudy With A Chance Of Meatballs.

It's easy to dismiss the film just as a cynical money generating exercise to get kids' to mass-purchase Lego (which they certainly will), but the film is full of heart and subtle comedy. And frankly it was a great film for nostalgia too. As someone that grew up with Lego (pirate ship and governor's fort, Robin Hood set, random spaceman set etc), the appearance of past Lego characters were a nice addition.

Crazy plot, a world made of Lego, engaging characters, and an exploding helicopter to boot? Yes indeed, everything is awesome. The helicopter explosion occurs when Emmet is pursued by Bad Cop's police squadron. Making for what appears to be the edge of their world (a big wall) it seems there's nowhere to escape to. But wait! A gateway appears just at the right time for the escapees to speed into. This promptly closes - with the pursuant cars smashing into the wall. A moment later, the police helicopter follows them into the wall, before falling on top of the cars - causing a smattering of flaming wreckage.

This fireball marked the end of a decent chase scene, where Lego pieces fly everywhere. The explosion is pleasingly understated - just a simple crash and fall into some other Lego pieces, with a dash of flames.

This is undoubtedly the inaugural cinematic Lego chopper explosion.

Inconclusive. For starters, there didn't seem to be any resultant melting, which from my childhood experience usually happens with the addition of fire to Lego. There is death in the film though, with one character returning as the classic ghost Lego Man, however there were no other ghosts visible on screen. 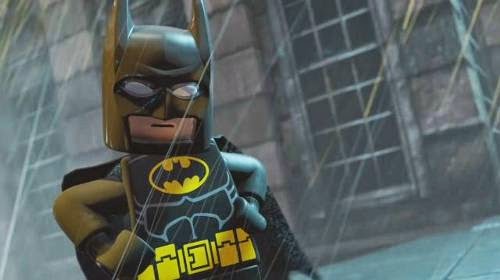 Chris McKay, who is best known for his work on Robot Chicken, was also involved in the film which might help to explain why I found it so hilarious. There are some particularly good scenes where Channing Tatum and Jonah Hill voice Superman and the overly attentive/annoying Green Lantern, notoriously one of the lamest of superheroes. Superman' discomfort is a pleasure to watch. But really Batman steals the show - Will Arnett is straight in above Kilmer & Clooney on the Best Batman list.

One of the random highlights features a scene where the Millennium Falcon pops up. It's a really small scene, with a really small number of lines. Anthony Daniels voices C3P0, and Billy Dee Williams voices Lando. Han Solo is disappointingly not voiced by Harrison Ford, who the directors described as "too busy" to record one or two lines for that scene. Sadly, Ford wasn't too busy to appear in last year's woeful Ender's Game.

It's Morgan Freeman's very first appearance in an animated film. Which given he seems to add his voice to virtually everything is rather surprising to find out.

Review by: Joseph Clift
Posted by Exploding Helicopter at 10:11