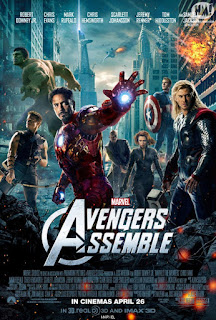 The geek shall inherit the earth – or so it seems these days, with every other cinematic release being a comic book adaptation.

So I'm sure you can imagine the drooling fan-boy anticipation that preceded Avengers Assemble, a nerd-nirvana featuring not one, but six superheroes, each fighting to claim the Oscar for ‘Best Use of Tights in a Movie’.

The Avengers assemble from around the world when the Earth is threatened by Loki (Tom Hiddleston), the Norse god of campness. Intent on world domination, he steals an energy cube of unlimited power – the Tesseract – which he plans to give to a hostile alien race in exchange for a subservient army he can use to subjugate the citizens of the earth. MWA HA HA HA HA HAAAAAA!!! All complete cobblers, of course, but what were you expecting – Schindler’s List?

At the start of the film, Loki steals the Tesseract from a remote research facility. Making his escape in the back of a jeep, he triggers a huge implosion that opens up the ground, swallowing up an entire army base. Nick Fury (Samuel Jackson) escapes the devastation in time honoured nick-of-time fashion, and chases down the power-crazed Loki and his brainwashed team in a military chopper.

But when he catches up with Loki, the cheeky god sends up a plasma ray from his sceptre that whacks into the helicopter’s tail, causing it to lose altitude and spin wildly. The copter crashes hard, with rotors whipping into the mud as it skids to a halt. 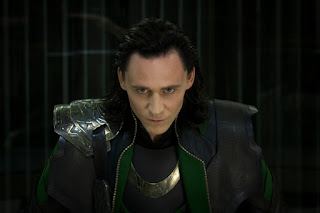 Despite plenty of flames and loose shrapnel, the helicopter’s chassis stays in one piece, allowing Fury to scramble out looking a bit dustier then before. They obviously make helicopters a bit tougher these days.

This is a terrible case of director Joss Whedon fluffing his lines. Goddamnit man, give the public what they want – a decent helicopter explosion. Worryingly, this seems to be becoming a trend, with far too many helicopters withstanding huge impacts and failing to go up in flames. If this genuinely reflects increased safety features on choppers, then it's clear evidence that not every advance in technology is beneficial.

None, really. If I had a pound for every helicopter downed by alien hordes with plasma weapons, I’d have six pounds.

Yes, Nick Fury emerges dazed but resolutely alive. Rule three of exploding helicopter etiquette: if a major 'good guy' character goes down in a chopper – particularly in the first ten minutes – he will always live to tell the tale. 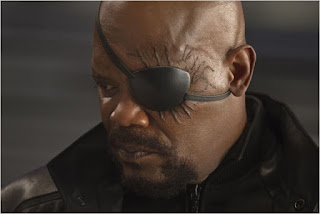 I didn’t enjoy this as much as Iron Man (which stands alone as a cohesive and entertaining film, irrespective of superhero fairy dust), but The Avengers is a fun movie.  With its smart dialogue and galaxy of A-listers, it comes across as a comic book Oceans’ Eleven.

Robert Downey Jnr is his usual charismatic self and steals most of the scenes he's in. Mark Ruffalo makes for a likeable and plausible Hulk, bringing back the vulnerability and nuances that Ed Norton fought for in the superior sequel to The Hulk.

The action sequences are, as you would expect, retina-searingly superb and the climactic mega battle over the NYC skyline does feel like a high octane rollercoaster ride. Although converted in post-production the film, it is well worth forking out the extra £2 to watch in 3D.

Chris Hemsworth’s acting is as wooden as the handle on Thor’s hammer and the only special power Scarlett Johansen (playing Agent Natasha Romanov/Black Widow) has, as far as I can tell, is the ability to look foxy in a cat suit. She doesn’t even bother with a Russian accent. 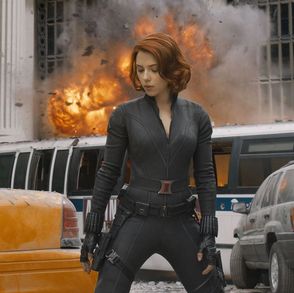 Speaking of accents, the licence fee is being pretty well spent if Asgardians are able to receive BBC World Service – which is surely the only explanation for the perfect diction and received pronunciation that the alien hordes speak with.

(Tony Stark to Bruce Banner on his ability to keep the Hulk under control):
“You really have got a lid on it, haven't you? What's your secret? Mellow jazz? Bongo drums? Huge bag of weed?”

Ed Norton is known to be a ‘challenging’ actor, and it's common knowledge that he made director Louis Leterrier rewrite the script to The Incredible Hulk in order to reduce the action and focus on the emotional elements of the film. He was all set to reprise his role in The Avengers until Marvel got cold feet. Studio head Kevin Feige released this statement.

"We have made the decision to not bring Ed Norton back to portray the title role of Bruce Banner in The Avengers. Our decision is definitely not one based on monetary factors, but instead rooted in the need for an actor who embodies the creativity and collaborative spirit of our other talented cast members.”

Ouch. In effect, he was saying Norton is a prima donna and they wanted to work with someone who was cheaper and less hassle.  Norton, being a class act, resisted the temptation to be dragged into a war of words but his agent came back saying Marvel’s statement was “unprofessional, disingenuous and clearly defamatory”.

The lesson here? Don’t p*ss off Ed Norton’s agent. You won’t like him when he’s angry.

Review by: Neon Messiah
Posted by Exploding Helicopter at 21:06