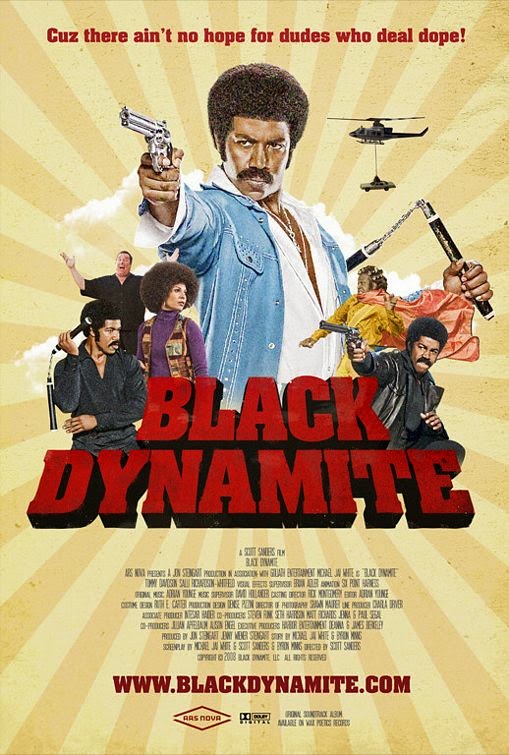 Nothing sends an Arctic cold shudder of fear down the spine of a film fan quicker than the prospect of watching a movie spoof.

Sure, the genre has seen its share of laughter-filled classics over the decades (Airplane, Austin Powers, The Naked Gun to name but a few). But in recent years, an unending torrent of feeble efforts has thrown this once proud comedy niche into disrepute.

Ordure such as Meet The Spartans, The Starving Games and Epic Movie – not to mention the execrable Scary Movie franchise – have left traumatised witnesses mute in stony-faced horror. They’re the cinematic equivalent of Ebola – dangerous, lethal and to be avoided at all costs.

(The witless Wayans brothers have been responsible for much of this ordure. Anyone anyone brave or foolish enough to sit through a sofa marathon of their oeuvre would witness a veritable Groundhog Day of crapness – the same pratfalls, ‘Say wha’’ expressions and fart jokes on a perpetual, unfunny loop.)

So understandably, it was with bowel-twitching trepidation that Exploding Helicopter approached ‘blaxspoitation’ send-up, Black Dynamite (2009). Was this to be another grim, gag-free, misfire? More lame slapstick and crude innuendo? Dear reader, all is not lost. Black Dynamite, against all the odds, will have you exploding with laughter.

Martial arts star Michael Jai White plays the film’s eponymous hero, an ex-CIA agent turned ghetto Samaritan. Everything is good in the hood until his brother is murdered in mysterious circumstances. Vowing revenge, White begins an investigation to unmask the killer only to discover an outrageous conspiracy aimed at keeping the black man down.

So what makes this movie succeed where so many others have failed? First, this is obviously an affectionate parody. It’s clear that White – who also wrote and produced – loves the films he’s poking fun at.

This can be seen in the actor’s pitch-perfect performance, which cleverly pays tribute to the film’s inspirations even as it sends them up. White deftly combines the swaggering cool of Richard Roundtree’s Shaft and the chop-socky moves of Jim Kelly’s Black Belt Jones, while subtly satirising their super-confident, super-stud personas.

There are other nice touches. The film’s authentic feel, for example, is heightened by subtly weaving in footage from original blaxsploitation flicks. While not taken to extremes of Rob Reiner’s private eye spoof Dead Men Don’t Wear Plaid (where Steve Martin‘s down-at-heel shamus appeared to act alongside Humphrey Bogart) it helps create a warm, nostalgic vibe.

Black Dynamite stands in stark contrast to the recent glut of movie spoofs, little more than cynical cash-ins on popular franchises. And let’s face it: when a spoof film pointing to the shite-ness of the original is even more lame and disappointing, there’s not much to laugh about for anyone (except, of course, the shysters who made it).

And if wit, good writing and savvy acting weren’t enough, Black Dynamite also throws in a decent chopper fireball towards the end of the movie.

In order to stop the conspiracy, Black Dynamite flies a chopper to the White House for a showdown with the President. Fearing an attack on POTUS, guards from the ‘Honky House’ (as it’s amusingly called throughout) fire on the helicopter with a rocket launcher.

Our hero manages to bail out and parachute to safety, but his buddy remains at the controls as the helicopter is hit and explodes like a fourth of July firework display.

An aesthetically pleasing chopper fireball: this is a good, fiery explosion. Even better, the skydiving White is artfully fore-grounded against the exploding helicopter for a classic ‘hero illuminated by conflagration’ shot – a true favouriteof the action genre.

Hey, who needs innovation when you can pull off the classic genre moves so convincingly? Like Tony Bennett covering a Kajagoogoo song, this scene takes an old staple and adds a bit of class.

Yes, Black Dynamite survives via his parachute jump. While this may seem an unlikely means of escape, Ewan McGregor performed exactly the same trick in preposterous fashion during the turgid Angels & Demons. (Fact note: while the dour priestly thriller is technically not a spoof, McGregor’s leap is by far the funnier of the two.)

The soundtrack is a crucial element of any blaxsploitation film, and Black Dynamite boasts a top-notch score courtesy of composer Adrian Younge.

Many of the soundtracks for the original Seventies films were recorded by legendary artists like Bobby Womack, Isaac Hayes, James Brown and Curtis Mayfield. Even measured against these intimidating benchmarks, Black Dynamite’s soundtrack can strut and swagger with the best of them.

It’s not often that Exploding Helicopter fails to find at least one fault, but this is happily one of those rare occasions.

Nothing, aside from getting into a helicopter, is more fatal in a film than pointlessly explaining how much you love your wife and children. Sure enough, after needlessly sharing a family anecdote one of Black Dynamite’s friends is suddenly shot dead.

Want more? Then check out the Exploding Helicopter podcast on Black Dynamite. Listen on iTunes, Podomatic or YourListen.

Posted by Exploding Helicopter at 07:08