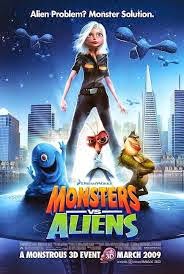 The Fifties: a time when smoking was good for you, women knew their place, and nuclear energy was glamorous and exciting.

The bold, new atomic age promised a future of unlimited energy, new medicines, and world peace. Of course, what we actually got was a Cold War, Chernobyl and bemused-looking sheep glowing away like a Ready Brek advert.

But there was at least one silver lining to the radioactive cloud: monster movies.

Hollywood, never slow to exploit the money-making potential of total global annihilation (witness pretty much the entire oeuvre of Roland Emmerich), found in radiation the perfect cinematic foil. At a stroke, atomic energy made plausible the existence of a series of terrifying, never-before-seen threats to humanity.

Just think of the excitement: movie producers were suddenly free to create monsters as outlandish and weird as their imaginations could command. (Provided, of course, said monsters could be made from rubber and have enough room inside for a stuntman to blunder around unconvincingly).

From these more enlightened times, such ideas seem patently childish. Which is probably why Dreamworks thought they’d be fertile ground for a gentle, family-friendly parody: Monsters vs Aliens (2009).

Our hero is Susan, an everyday small-town girl living a blandly anonymous life. However, her bucolic suburban existence is shattered when she’s transformed into a 49-foot-tall version of herself after being hit by a meteorite containing ‘quantonium’: the baffling-and-clearly-bollocks science element. (See also Scotty’s famed ‘dilethium crystals’ in Star Trek.)

Captured by the military, Susan is whisked off to a secret facility where other mutants are kept under lock and key. But then, wouldn’t you just know it, Earth only goes and gets itself threatened by some aliens (that other staple of Fifties sci-fi).

Hey, it suddenly looks like Susan and her rag-tag collection of freakish friends – having been mistreated so badly – are going to have to save the day. We can only hope that those rotten suits who judged people by their appearance have learned their lesson, kids.

Given Monsters vs Aliens’ vintage inspirations there’s fun to be had in playing ‘spot the movie reference’. While 12 inches shorter, Susan is clearly a homage to Attack of the 50 Foot Woman.

And you don’t need the brain power of an atomic scientist to work out that ‘Bob’ - an indestructible blue gunge – is inspired by The Blob. The classic-era origins of the entertainingly waspish Dr Cockroach (The Fly) and the charmingly simple Missing Link (Creature from the Black Lagoon) are similarly easy to spot.

Enjoyable, as this good natured mimicry is, a nagging doubt gradually grows into an all-consuming question: does this film have an original idea of its own? Such doubts are thrown into sharp focus when, having exhausted the entire canon of Fifties classics, the film starts ransacking other famous sci-fi films from across the decades. Star Trek, Close Encounters of the Third Kind, and E.T are all gleefully plundered as the scriptwriters desperately search for more tropes to poke fun at.

And herein lies the problem. While it has a fun premise and is beautifully animated, the film is effectively one massive in-joke. And not a particularly clever one at that. The effect is rather like watching one of those dreadful ‘Top 100’ shows, where a kaleidoscope of familiar scenes are served up devoid of context and meaning.

Still, at least Monsters vs Aliens doesn’t have Jodie Marsh and Bryan from Big Brother 2 sharing witless (and made up) anecdotes. Small mercies and all that. 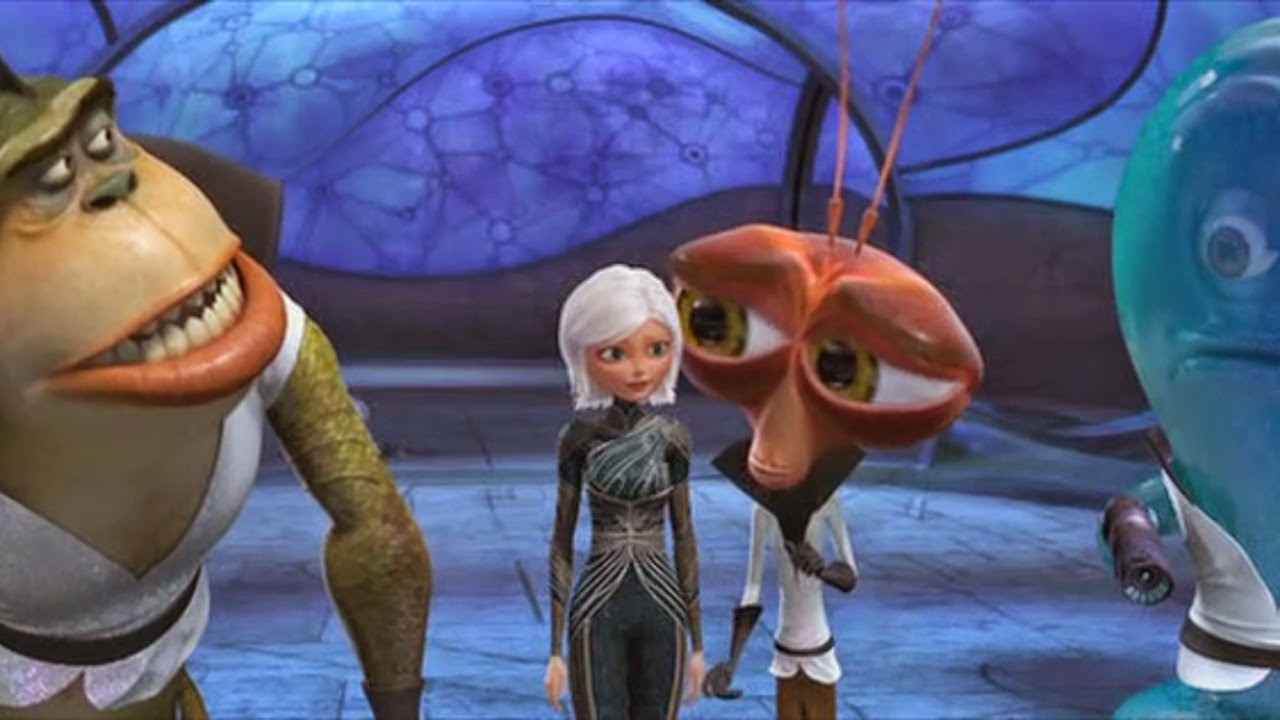 Thankfully, there’s also an exploding helicopter scene to maintain our interest. This takes place early in the film. After she’s captured by the military, the newly 49 foot tall Susan is escorted to her cell by two helicopters.

As she protests her imprisonment, pleading that she poses no danger to anyone, she accidentally slaps a helicopter. With its rotor blades crumpled, the damaged chopper spins round out of control before crashing to the ground and exploding. Sorry Susan, you were saying?

It’s well enough done. The helicopter explosion is really just a punchline to a joke, and not the climax of a dramatic scene, so it’s fairly perfunctory.

First known helicopter explosion in an animated movie. First helicopter to be destroyed by a petulant 49-foot-tall-woman.

No. The camera lingers on the bloody and charred remains… Of course the pilot survives. This is an animated children’s film, for heaven’s sake: not Apocalypse Now.

Appropriately for a film about invaders from outer space, a galaxy of Hollywood stars lend their vocal talents to the film. Personal favourite was Kiefer Sutherland turn as the grizzly, gruff, and gung-ho General W.R Monger – a name guaranteed to raise a smile with weak pun enthusiasts everywhere.

You have to wonder whether the scriptwriters, giddy with so many in-jokes, actually forgot they were writing a children’s film. It’s hard to imagine most six-year olds would have a working knowledge of Fifties B-movie sci-fi.

Pixar has built a multi-billion dollar empire from remembering to throw in a few decent jokes for the grown-ups, but here it’s definitely the kids who are the afterthought.

After learning of the alien invasion of Earth, the President announces, “Boys, set the terror level to code brown ‘cause I need to change my pants.”

Despite a less than impressive critical reception, the film has curiously – four years on – spawned an animated TV series charting the group’s further adventures.

Review by: Jafo
Posted by Exploding Helicopter at 13:14