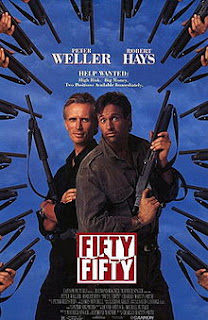 Jake Wyer (Peter Weller) and Sam French (Robert Hays) are friends and mercenaries working on opposing sides of a civil war in the imaginary South Asian country of Tengara.

Weller, who’s working for Tengara’s tyrant General Bosavi, is ordered to kill Hays after he leads an attempted overthrow. But Weller can’t kill his old buddy and Bosavi orders them both to be shot. However, the pair manage a daring escape before the orders can be carried out.

Weller and Hays wash up in Singapore where they meet CIA man Martin Sprue (Charles Martin Smith). He hires them to arm, train and lead the under funded and poorly equipped revolutionaries on the island to depose Bosavi as the US is looking for an ally in the region.

The pair head back to the island, hook up with revolutionaries, and whip them into some kind of shape. However, just as they’re about to launch their coup the American Government betrays them to Bosavi who wipes out the revolutionary forces.

Sprue tries to pay off Weller and Hays, but too much blood has already been shed even for these soldiers of fortune. Despite the seemingly impossible odds the duo decide to see the job through and get rid of the dictator.

With a combination of daring, ingenuity and luck they launch a successful raid on the General’s palace and install the people’s champion as the new President. 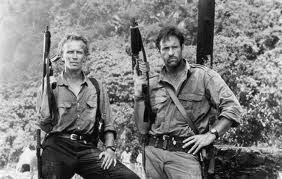 With two B-list leads, a low budget and a generic plot Fifty / Fifty doesn’t sound too promising, but this is a good film. One that doesn’t need to be appreciated with a large side-serving of irony. This is that most old fashioned of things - a simple story told well.

Take for example the films opening. The first five minutes are excellent, quickly setting up the film and the main protagonists whilst delivering two action sequences. Weller and Hays are both great as the bickering old war buddies, and the script gives them plenty of good lines. The story is really generic and you can pretty much predict everything that happens. But the story never drags whether they’re dramatic, comedic or action every scene entertains.

I found Robert Hays something of a revelation in this film. I don’t think I’d seen him in anything other than a comedy before. On the evidence here he could easily have handled more leading roles, but his CV shows mostly television work and not one film of note after Airplane! Anyway, in this he acquits himself well delivering his sarcastic one liners with aplomb and handling the dramatic scenes.

Charles Martin Smith (The Untouchables), who also directed appears in a supporting role. For a spell in the 80s he seemed to be the go to guy for when you needed someone to epitomise geeky, niave, or weak bureaucrats. Kind of like the Zeljko Ivanek of his day. 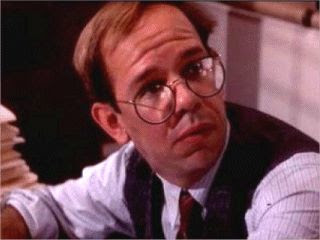 Sure, it won't win any awards for originality but this is a well acted, well written, well directed film that's nothing less than entertaining from start to finish. What more do you want from a film?

I’m not saying I knew this scene was going to happen. But when one of the characters says they’re safe in the valley because General Bosavi doesn’t have any helicopters you know some choppers are going to turn up and wreak some havoc.

Anyway, the General’s helicopters attack the rebel convoy. The revolutionary’s pile off the bus so that the helicopter gunners can enjoy some target practice.

After a suitable number of Tengara freedom fighters have been shot up Hays fires off an RPG from his machine and blasts away a low flying chopper which crashes to the ground in slow motion.

Weller then gets in on the act by machine gunning on of the other choppers. It starts to trail smoke behind it and disappears behind a rocky outcrop and seconds later hear a loud explosion, but see nothing.

The remaining helicopter lands to put down some Army soldiers presumably to mop up the rebels. A female rebel, who Hays and Weller have been trying to crack onto, gets back on board the bus they’ve been travelling in and drives it straight at the helicopter.

Despite trundling forward at 5 mph giving the pilot ample time to take off again, and the gunners plenty of time to blow it to pieces the truck still smashes into the chopper blowing both vehicles to smithereens.

The explosions are a combination of model work and sets, switched in for the real helicopter, with a bit of judicious cutting.

These chopper fireballs are served up like juicy steaks. Simple, but big, meaty, and very tasty.

Three, although only two are witnessed.

The bus ramming explosion is shot in delightful slow motion. Peter Weller runs towards the bus to stop the suicidal charge by the rebel babe he’s got the hots for. Obviously he fails to get there and we get to enjoy his distress in classic action movie style.

I’m guessing budget or limited set up time meant they couldn’t afford to show that other helicopter actually blow up. The first rule of exploding helicopters, is show the damn thing blowing up.

Among the actors who were at one time lined up for this project were Eddie Murphy, Sylvester Stallone and Chuck Norris.

Review by: Jafo
Posted by Exploding Helicopter at 22:12